About the Biathlon Rifles 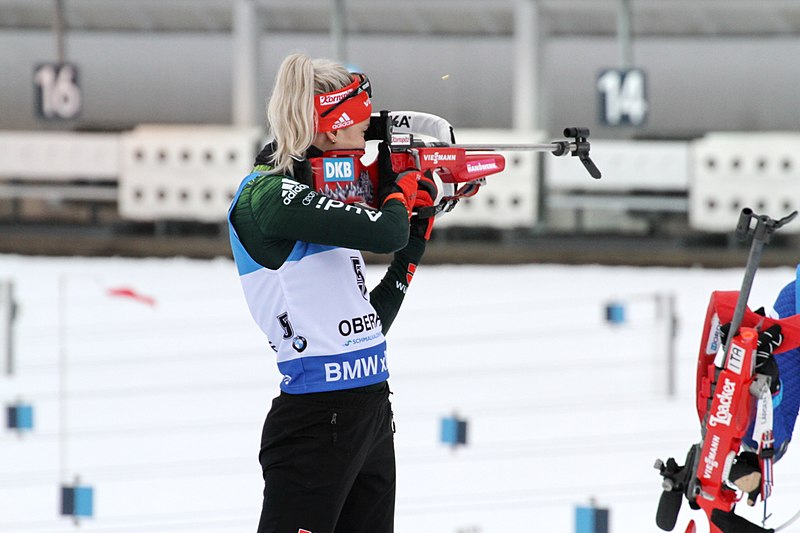 Despite what we can see in action movies, shooting is not as easy as it seems. It takes great eyesight, steady hands, good breathing control, and thousands of dollars invested in training and practice to make a sharpshooter; you don’t want to ruin it by having a low-quality firearm.

If you add Biathlon’s demanding cross-country skiing which raises the heart and respiratory rate, and the stress the contestants have to operate under, you have an extremely difficult sport. To make things worse, misses are penalized either by having to ski an extra lap or by time being added to the athlete’s total. A single miss can be the difference between winning or losing.

Biathlon has Scandinavian roots. Ages ago, the Norwegian military had skiing and shooting contests. Being smart and efficient, they combined the two into one big contest that is both challenging and demanding.

In the past, nations and their teams that competed in Biathlon used their full-size military rifles that were very heavy, cumbersome, and had spotty reliability. These full-sized rifles used full-sized ammo that is heavy, kicks like a mule and shoots with a very loud bang.

Since 1978, the Winter Olympics has standardized the use of the .22 LR round, which is very small, very light, and extremely accurate for shorter distances. The weights of the rifles have also been standardized to a comfortable 3.5 kg. As for the optics, there are none. Only the mechanical iron sights, the non-magnifying diopter rear, and the globe front sight are permitted.

The Pitfalls of Extreme Cold

Almost nobody likes temperatures under -20 °C, and the same goes for rifles or the ammo. To operate in such harsh conditions, the quality control standards the guns and ammo must meet are very high. To test them out, manufacturers shoot and record group sizes (how close the holes are on the target) at both -20 °C and +20 °C.

Lower quality firearms will sometimes fail to operate or will shoot inaccurately due to the metal warping. These are very serious problems solved by high-quality, special steel alloy that doesn’t succumb to harsh elements.

They are professional competition firearms, and as such, they have to be ergonomic and light. Almost every serious Olympic athlete has a customized stock and grip made especially for them. This helps shave off milliseconds that mean gold medals in the end. Biathlon Rifles have their own flip covers for the gun barrel and both front and rear sights.

It’s very weird that these guns have their spare magazines held inside the stock. In the real world, ammo is often kept somewhere on the shooter or in a pocket of some sort, but athletes need to wear the best body-tight clothes and can’t afford to mess with pockets.

Their straight-pull bolts are a work of art, and they’re operated by the index finger and the thumb for extra speed.