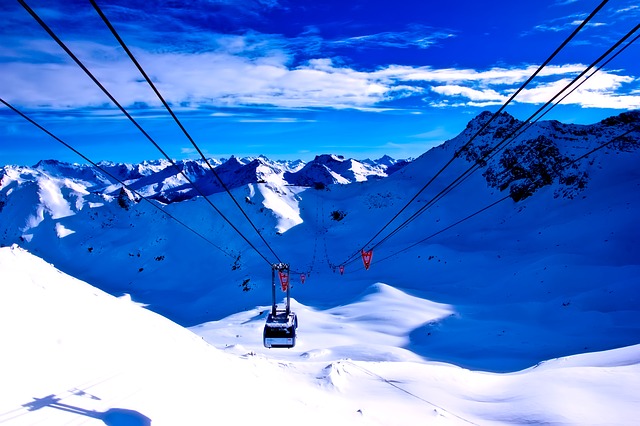 When you think of winter and winter sports, the most famous that will come to your mind are surely skiing, snowboarding, or skating. Apart from these well-established and Olympic sports, which are the most popular for punters on websites such as bet-michigan.com, people have been coming up with many other forms of sports and games you can enjoy in the snow. It seems that the blistering cold of winter and snowflakes in one’s face spur the creativity in people who are more than happy to have red noses and cheeks as well as have fun in the snow.

Some of these sports can hardly be considered a sport; nevertheless, the incredible allure they possess have already given them a huge fanbase. Some of these sports can also be considered a bit weird and unconventional as they often involve unusual instruments and even animals; however, when has something completely normal been so much fun? In this list I compiled, you will see some of the best weird sports you can try during the long winter months, and they are sure to amaze you. Read on!

Skijoring is a remarkable winter sport practiced by many people across the globe. In essence, it is a form of race that involves a cross-country skier being pulled by one to three dogs. The dogs wear a dog harness that is attached to the skier with a rope and the skier carries a skijoring belt that ensures the connection to the dogs.

This sport is practiced in the northern countries like Russia, Scandinavia, and Canada, and is said to have originated as an offspring of a Nordic sport Pulka, but with much more success. Even though big dog breeds of the North are predominantly used, horses also take part in skijoring from the early 20th century.

This incredibly exciting winter game originated in Japan and is a gigantic snowball fight, but with rules. It resembles a game of Capture the Flag a lot, only with the help of snowballs.

There are seven players on each team that are equipped with protective helmets, goggles, and clothes, to ensure safety. Each side has 90 snowballs that have been previously prepared, and that are used to eliminate the opposing players. If a player gets hit, he or she is removed from the game, so only the ones who manage to avoid the bombardment stay in the game.

Many skijoring-sanctioned events and tournaments attract spectators from many countries, as all enjoy a good snowball fight.

Snow Kayaking is a sport practiced by many kayakers around the world. The difference between the snow kayaking and the regular water boating sports is that it is done on snow and usually in the backcountry, in the forests. Instead of water rapids, kayakers use the kayaks and paddles to race down the slopes and navigate the icy terrain. This fairly new sport is exciting and possibly a bit dangerous, but the kayakers use protective gear and helmets to ensure no injuries occur.